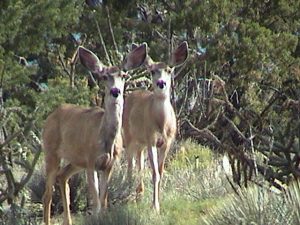 Origins: Unless otherwise noted, the laws contained in this Title were adopted by the Pueblo of Acoma Tribal Council as part of the 1985 Law and Order Code. Pueblo of Acoma Laws 2003 supplied section headings in brackets.

Purpose
The regulations set forth within the Acoma Livestock ad Grazing Title are prescribed to:
A. Govern the branding, theft, disease, at large estray, inspection, transportation and related aspects of domestic livestock within the exterior boundaries of the Acoma Pueblo.
B. Preserve tribal resources, promote proper use of Acoma range lands, and afford equal utilization rights of all lands within the exterior boundaries of the Acoma Pueblo.
C. Preserve public health, safety and welfare of the Acoma people and their livestock.
D. Prescribe punishment for violation of any section of the legislation.
E. Fulfill the objectives set for in 25 CFR, Section 166.

Origins: Unless otherwise noted, this Pueblo of Acoma Tribal Council adopted this Title as a part of the 1985 Law and Order Code. The Pueblo of Acoma Laws 2003 supplied headings for each section in brackets.

Purpose
An ordinance regulating the vaccination, impoundment, registration, and disposal of unvaccinated, unregistered, unclaimed, diseased, at large, stray, or wild animals on lands within the exterior boundaries of the Acoma Pueblo Indian reservation to preserve public health, safety, and welfare by prevention of nuisances, hazards, and injuries resulting from or caused by such animals.